A romantic wedding ceremony, with your toes in the warm sand, surrounded by the whole family and close friends. This is how Brianna and Robert imagined their perfect wedding day.

What could be better and more romantic than a beach wedding in Thailand.

The exceptionally good flight connections make the Thai island of Phuket the perfect destination for a tropical beach wedding with a larger group of guests.

The Australian couple contacted us about 8 months before the planned wedding day. Brianna, the bride, had very specific ideas about how the setup on the beach should look and how the whole wedding day should go.

Brianna wanted a floral decoration made of white orchids, roses and greenery in the form of ivy tendrils. A simple, wooden triangle should serve as a central background element for the wedding ceremony on the beach. Brianna had found this triangle arch on a photo on Instagram and wanted to have exactly one.

Our construction team quickly drew up a plan and built this Arch especially for Brianna. The simple floral arrangement on the Arch was decorated with pampas grass for a slightly rustic touch.

Brianna had asked for another interview during the planning phase. This time it should be done secretly and without her fiance. Hoping to make a surprise for Rob, she asked us for help.

The old VW T2 Van has always been the favorite vintage car of the car enthusiastic groom. Rob would be amazed and shatter with joy if his bride drove up in such a vehicle on the wedding day.

So we started searching and we actually found what we were looking for.

An almost perfectly preserved VW T2 Combi Van was found and the owner agreed to rent his treasure on the wedding day of Rob and Brianna. 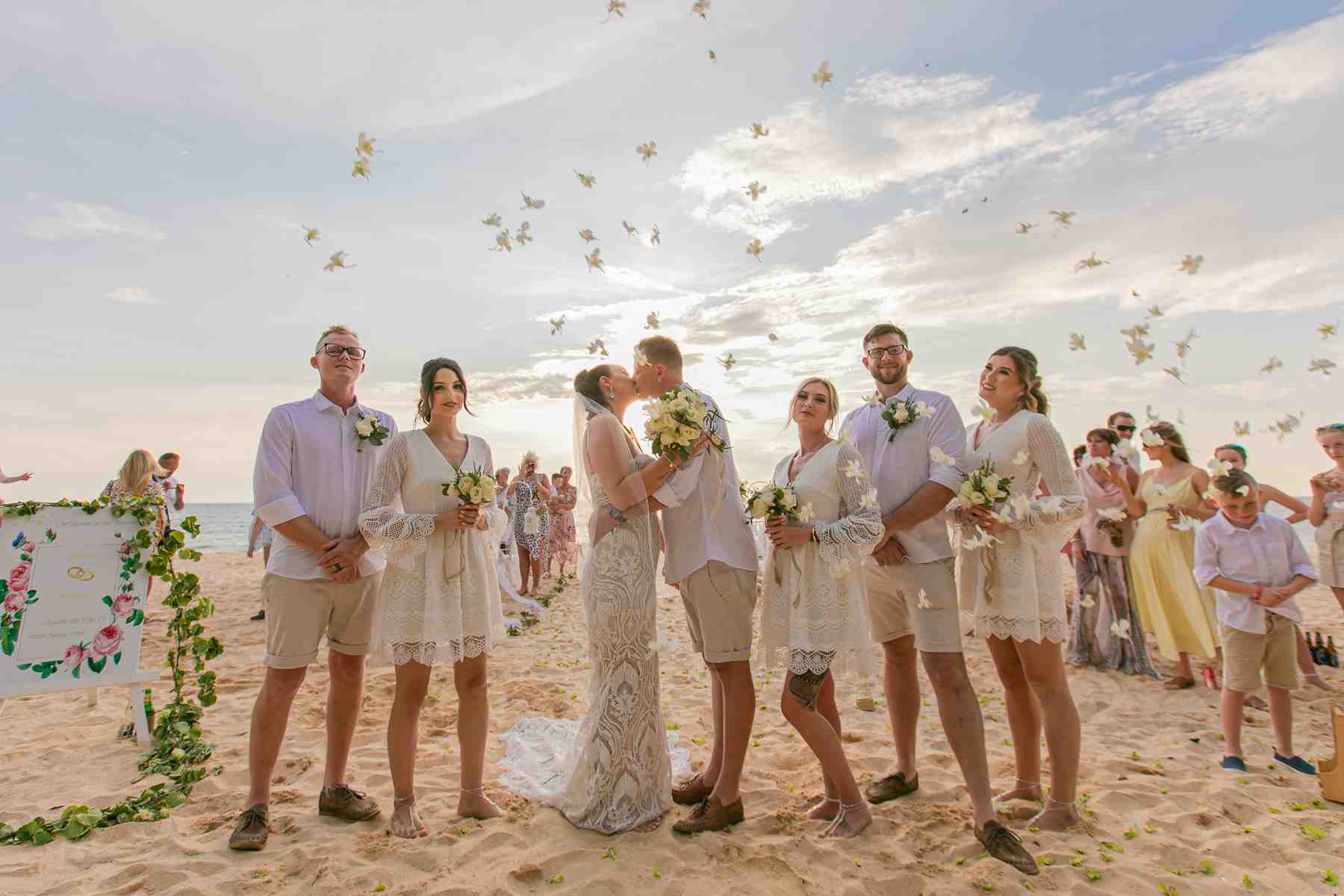 Finally it was time and after all the months of planning, the wedding day was just around the corner.

While Rob and his two groomsmen were preparing at their hotel in Patong, Brianna and her bridesmaids had rented a private villa near the wedding beach.

Here the ladies were able to indulge in their wedding preparations undisturbed, drink a glass of sparkling wine to calm the nerves and have our Make-Up Artist style her.

In the meantime, Rob’s and Brianna’s parents took care of the children and we also hired 2 babysitters to support them. 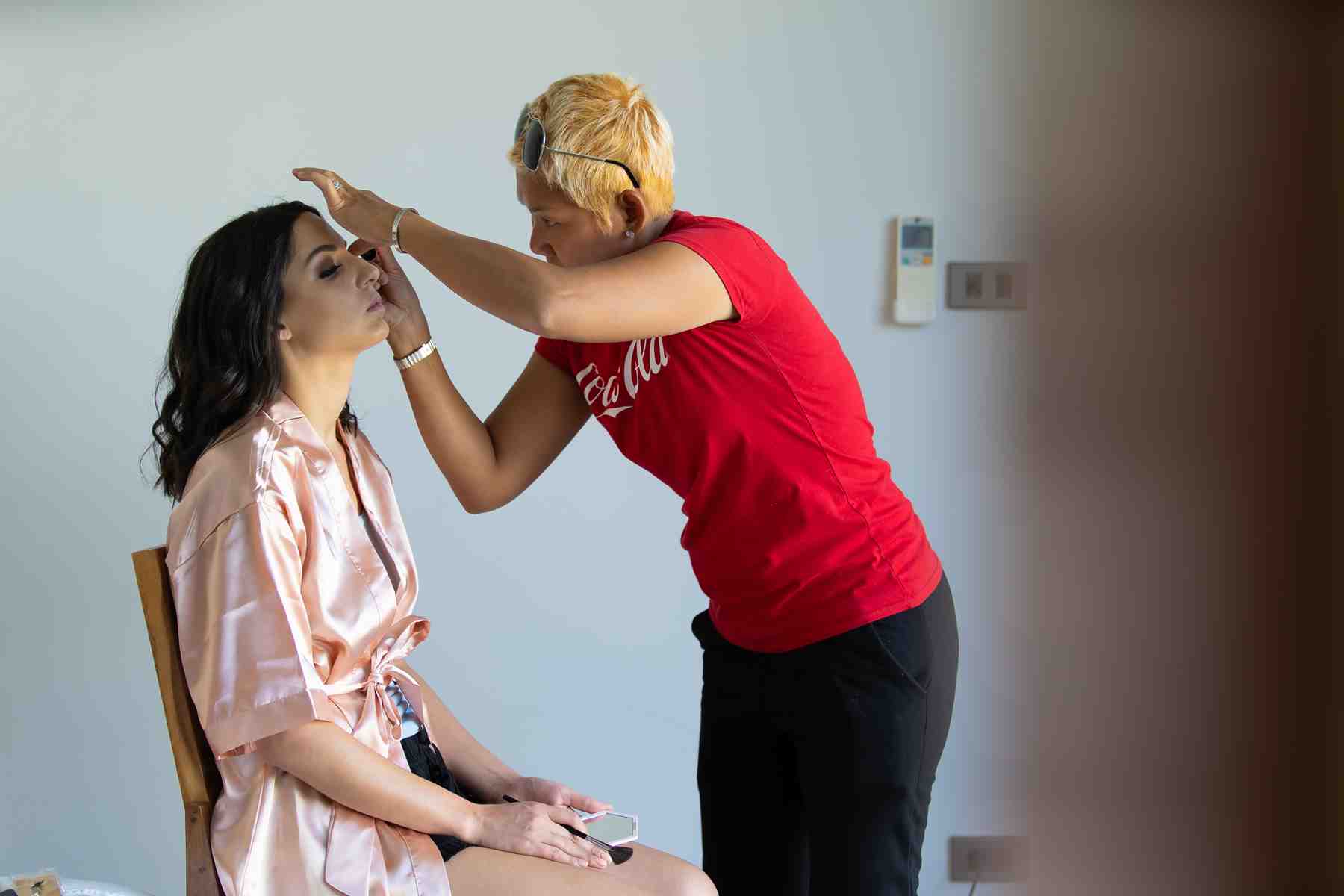 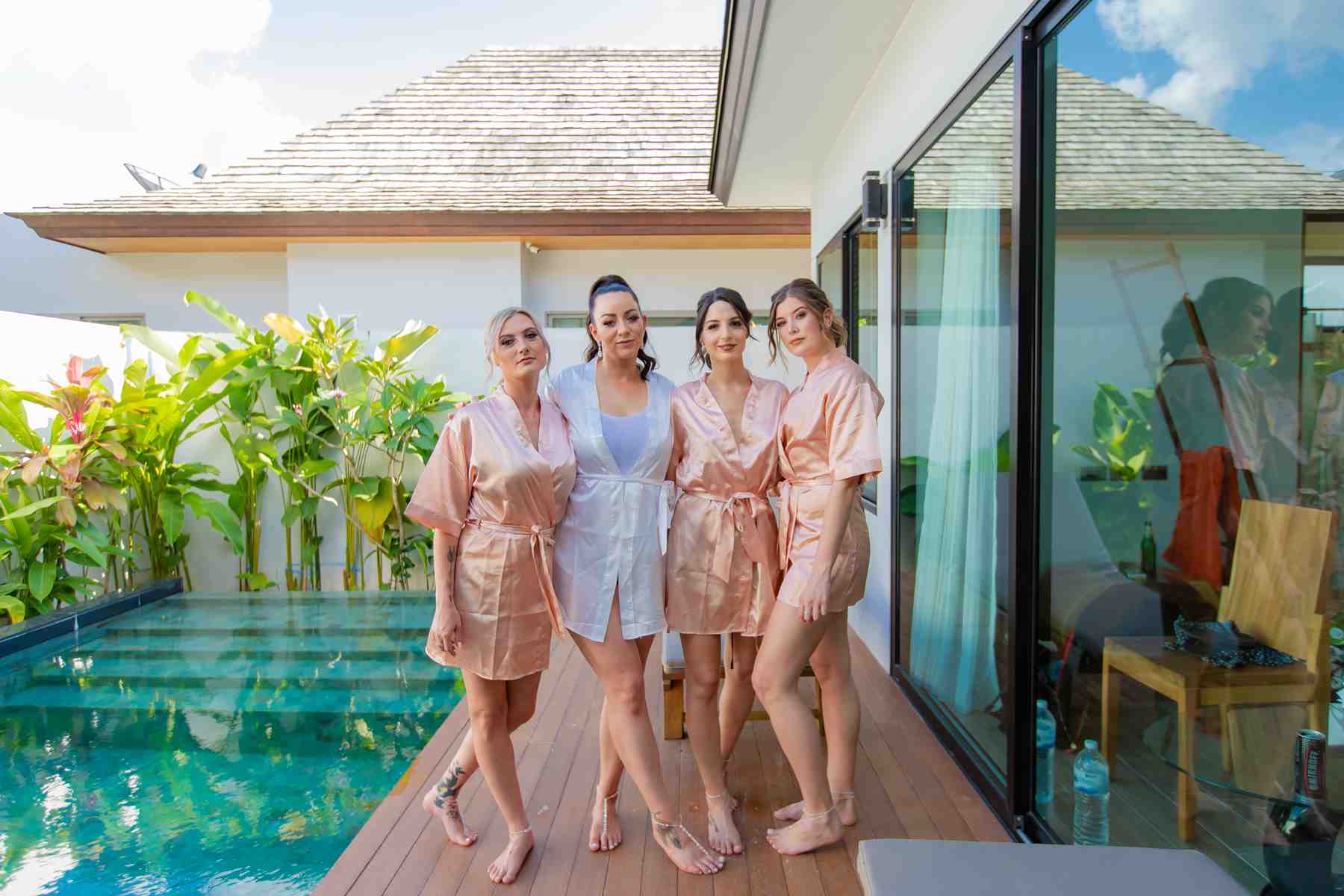 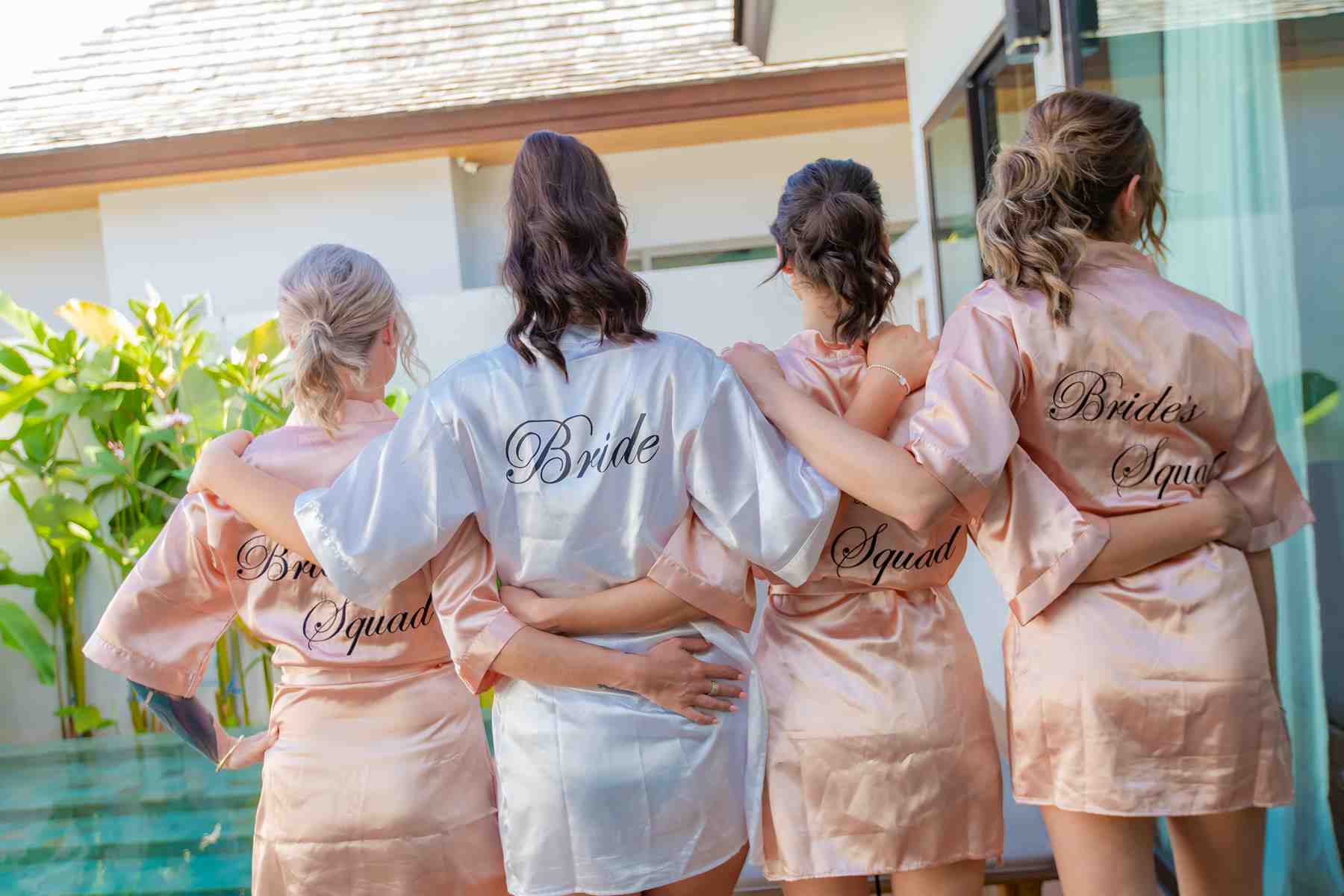 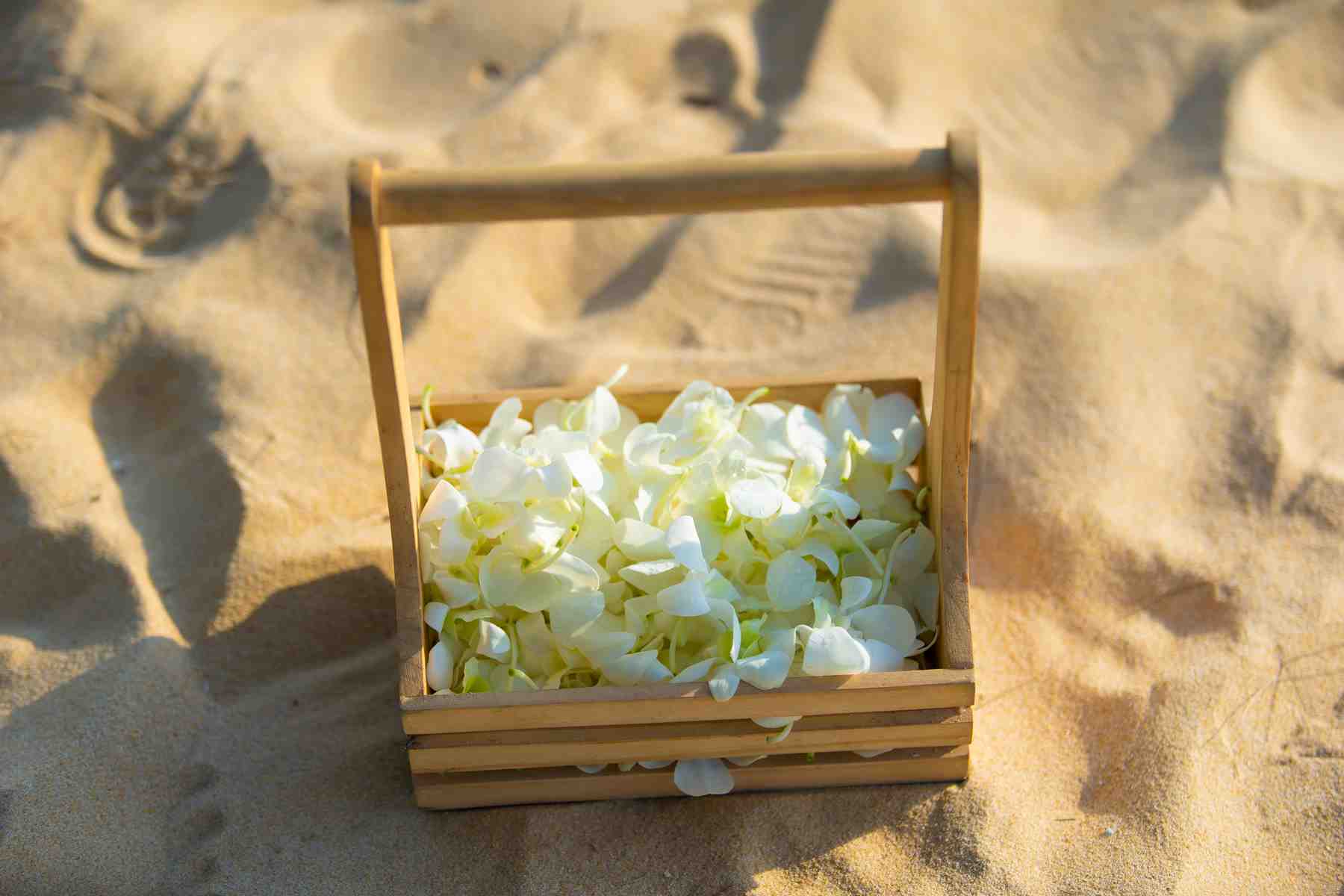 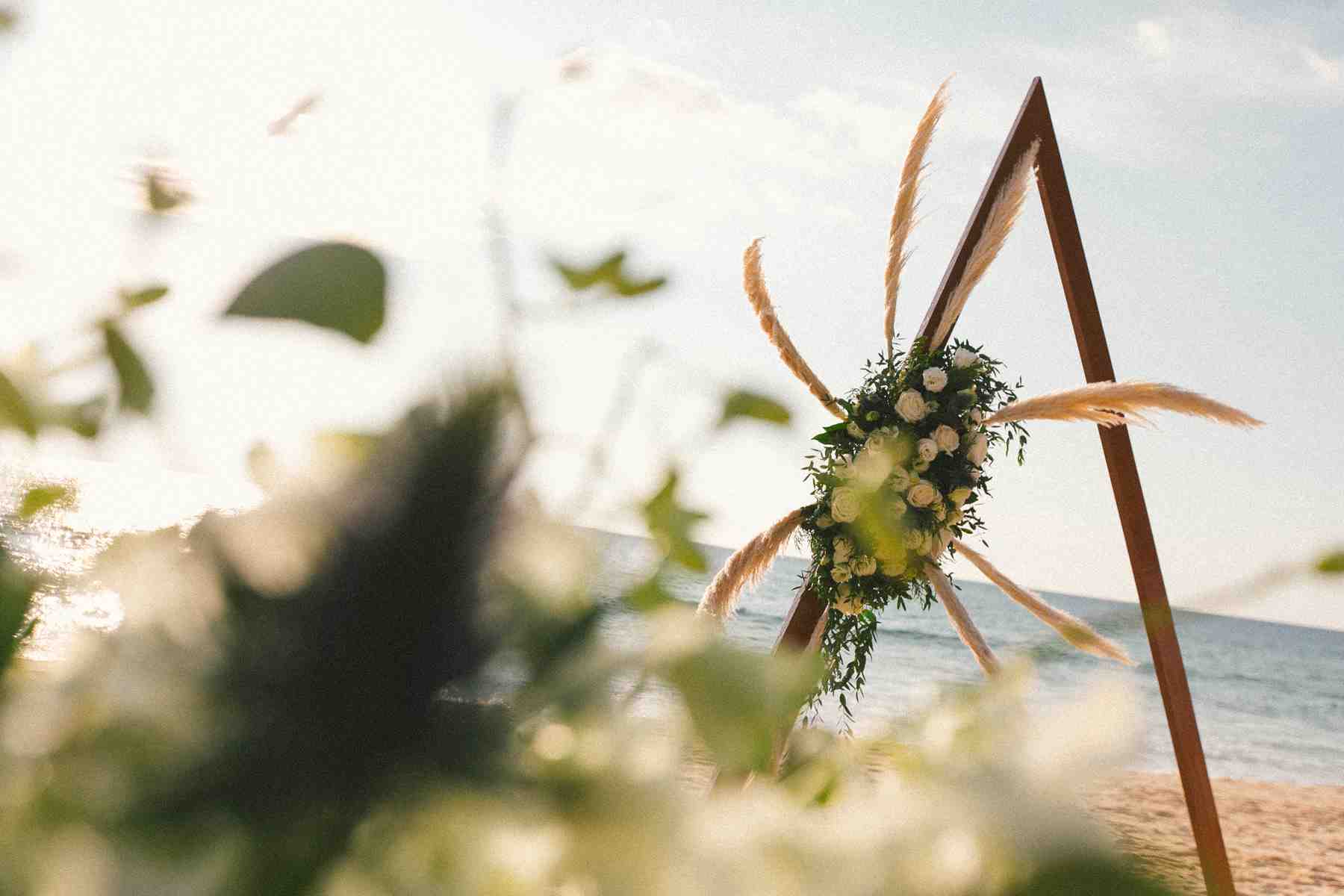 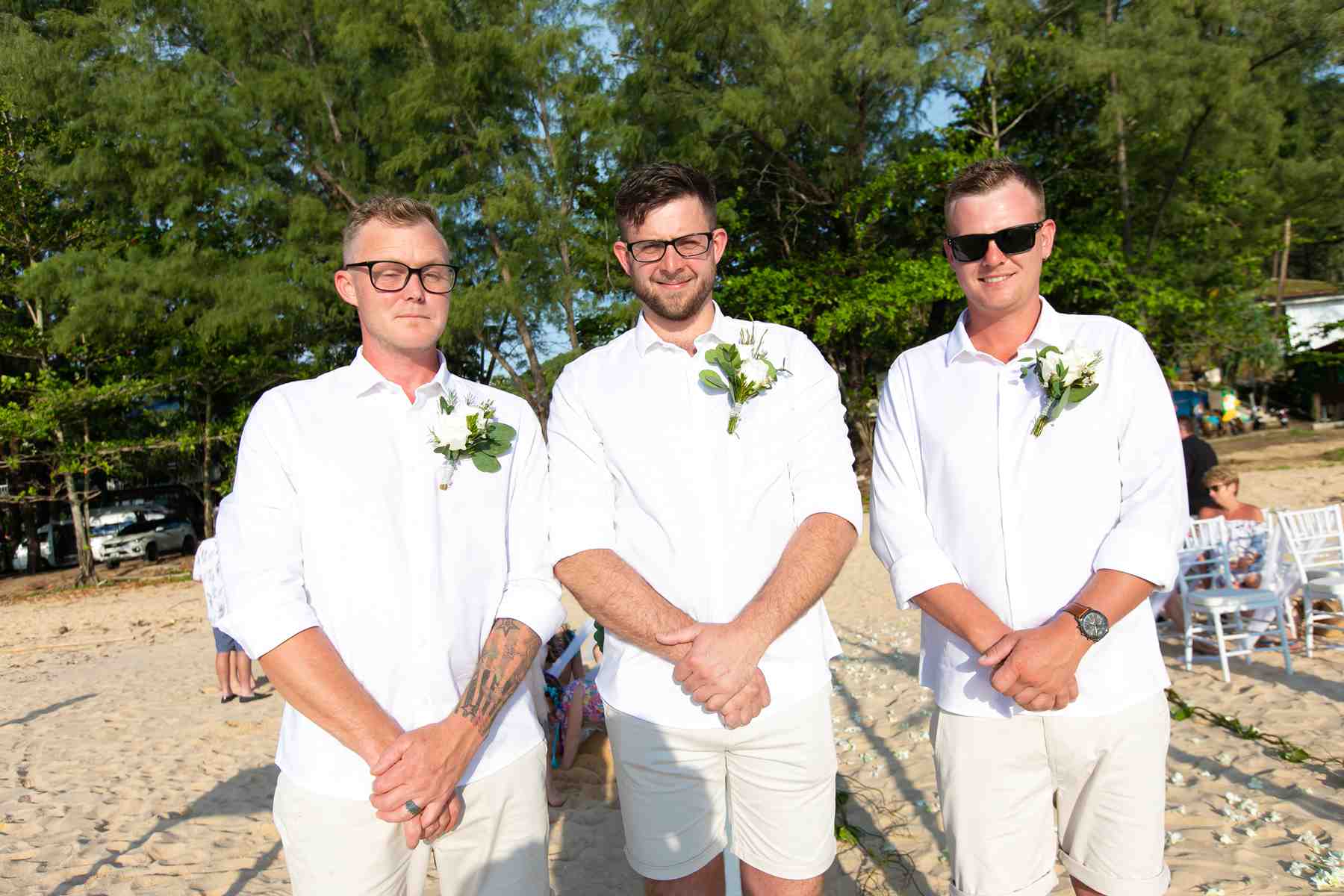 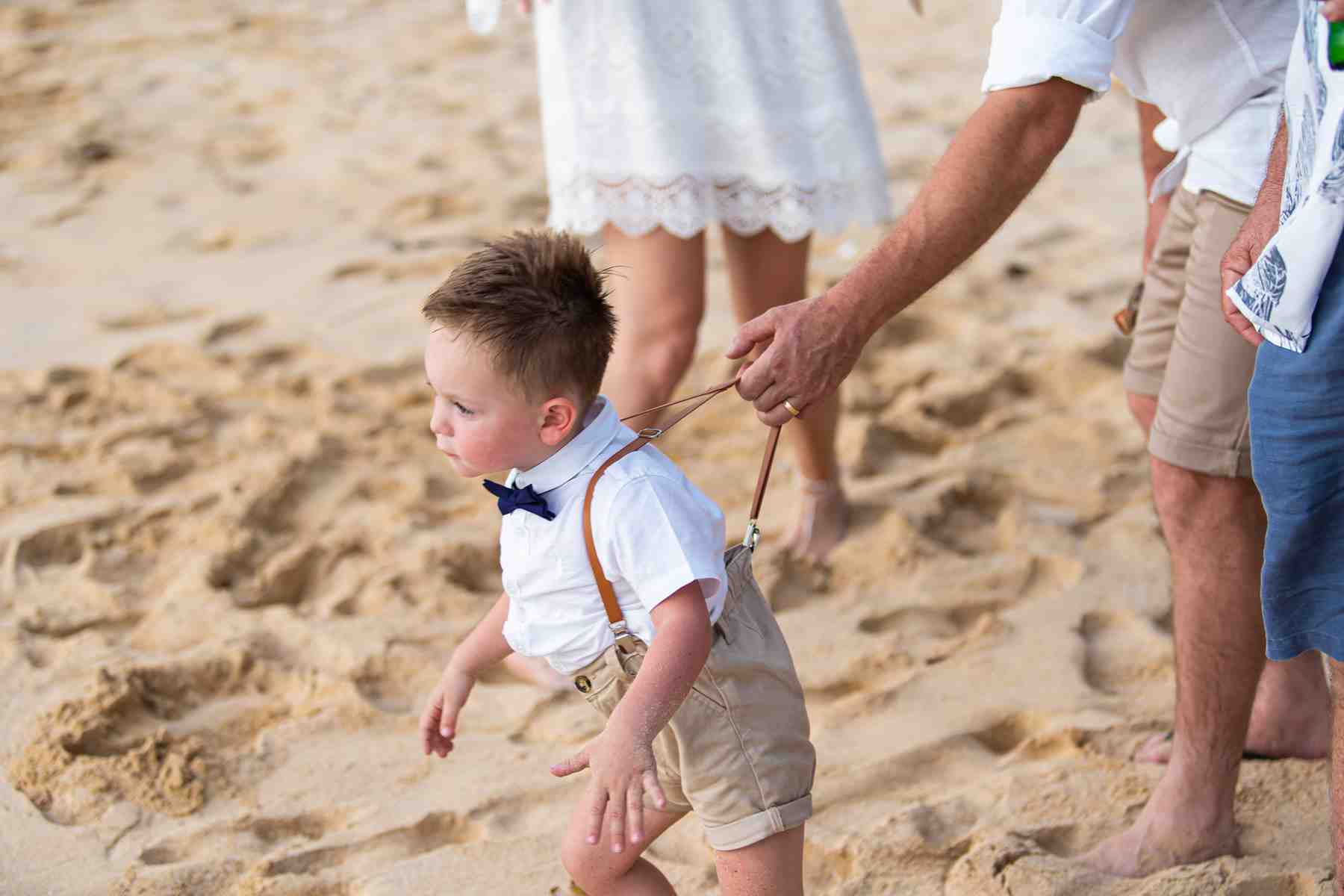 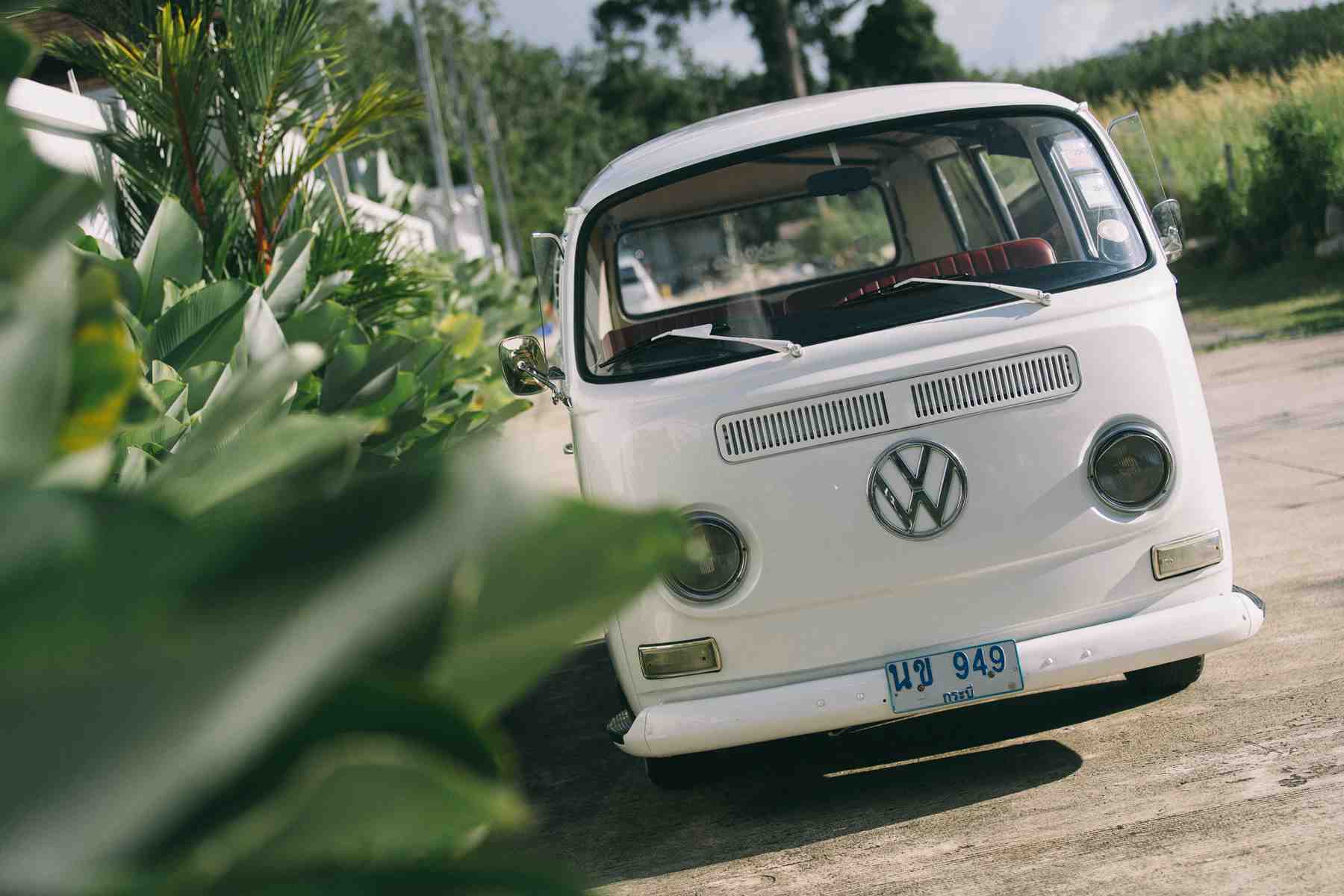 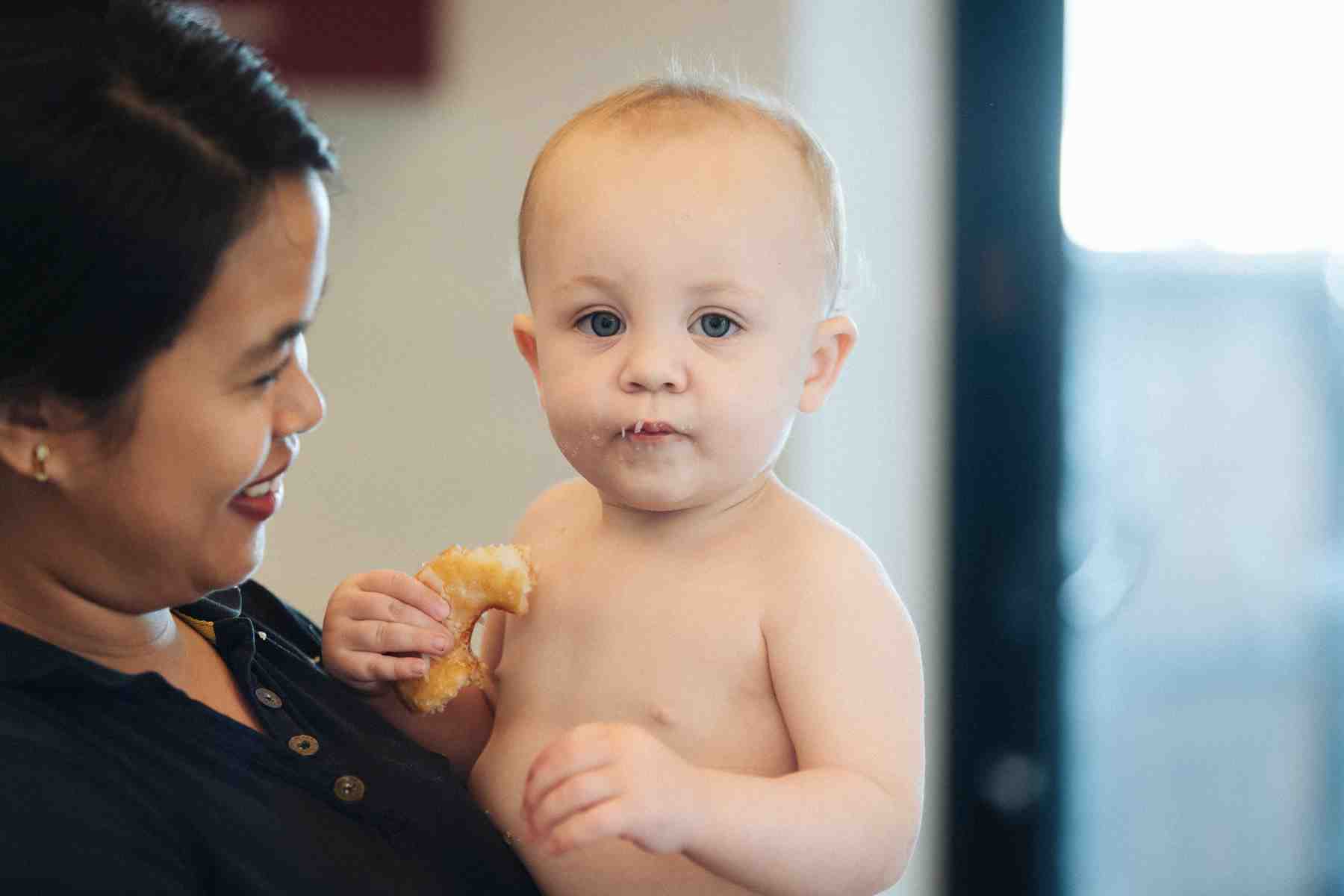 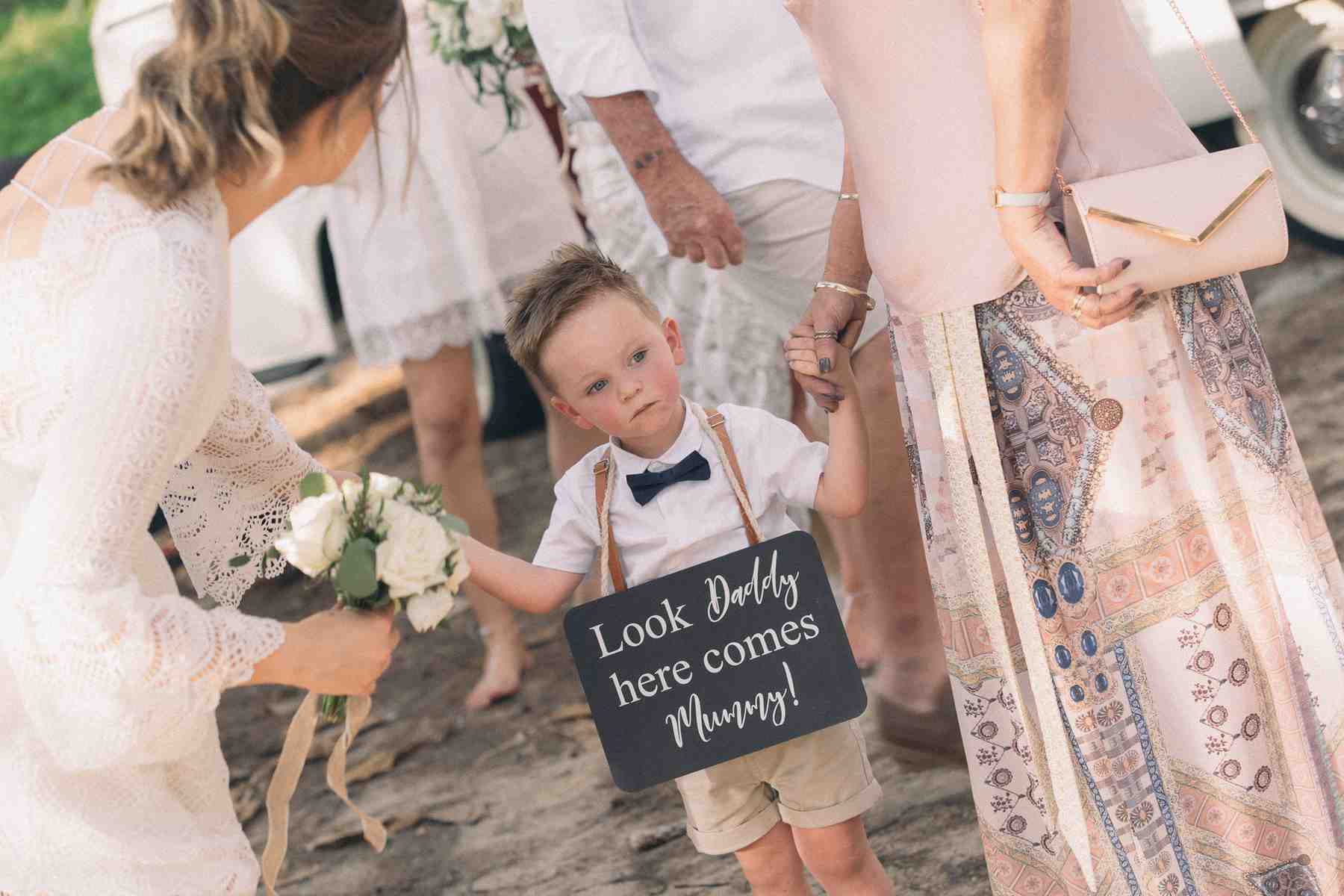 The groom and all guests were picked up punctually by our driver service from their hotels in Patong. When they arrived on the beach, everything was already prepared and set up there.

And as it should be, everything was just waiting for the bride and entourage so that the ceremony could begin. As agreed, the bride was picked up from her villa with the bridesmaids in a vintage Bulli.

The groom couldn’t believe his eyes when the T2 pulled up. His enthusiasm was only distracted when he finally saw his beautiful bride. Brianna was led to the “altar” by her father in the traditional way.

The English wedding speech was written by Thomas especially for Robbie and Brianna. In addition to the classic elements of a wedding ceremony such as the “yes-word”, the wedding vows and the ring exchange, Thomas also went into the personal acquaintances and love story of the couple.

The details of this had been received by Thomas von Rob and Brianna in numerous Skype discussions during the planning phase.
And so Robbie & Brianna celebrated a wonderful, romantic wedding ceremony on the beach in Phuket, Thailand. With their family and close friends, the two said yes to each other and promised themselves the marriage.

At the end of the ceremony, Thomas Rob & Brianna, under the roaring applause of the guests, explained to the husband and wife and now announced the newlywed couple. The guests rose from their seats, formed a trellis and welcomed the newlyweds with a heavy shower of flowers. 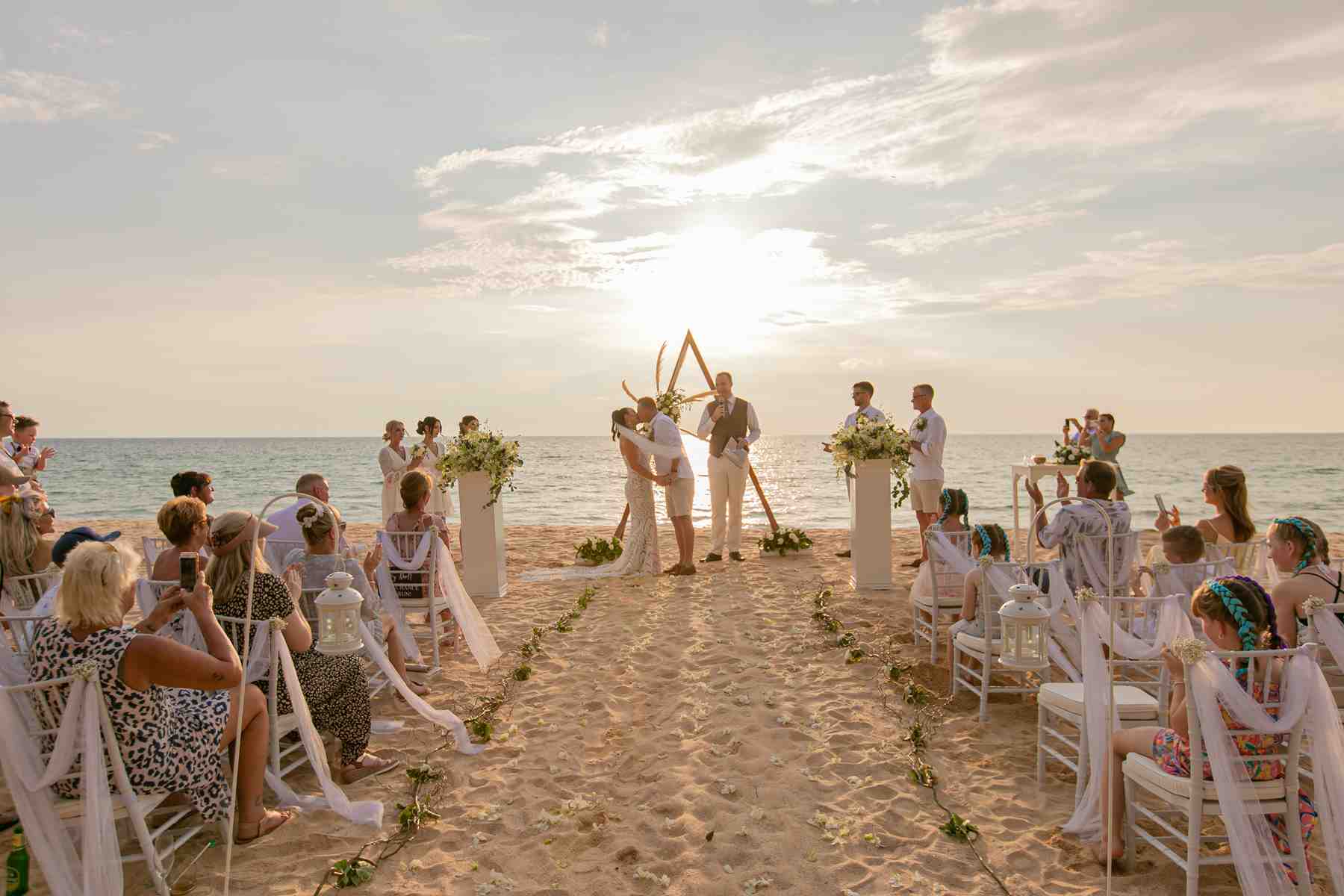 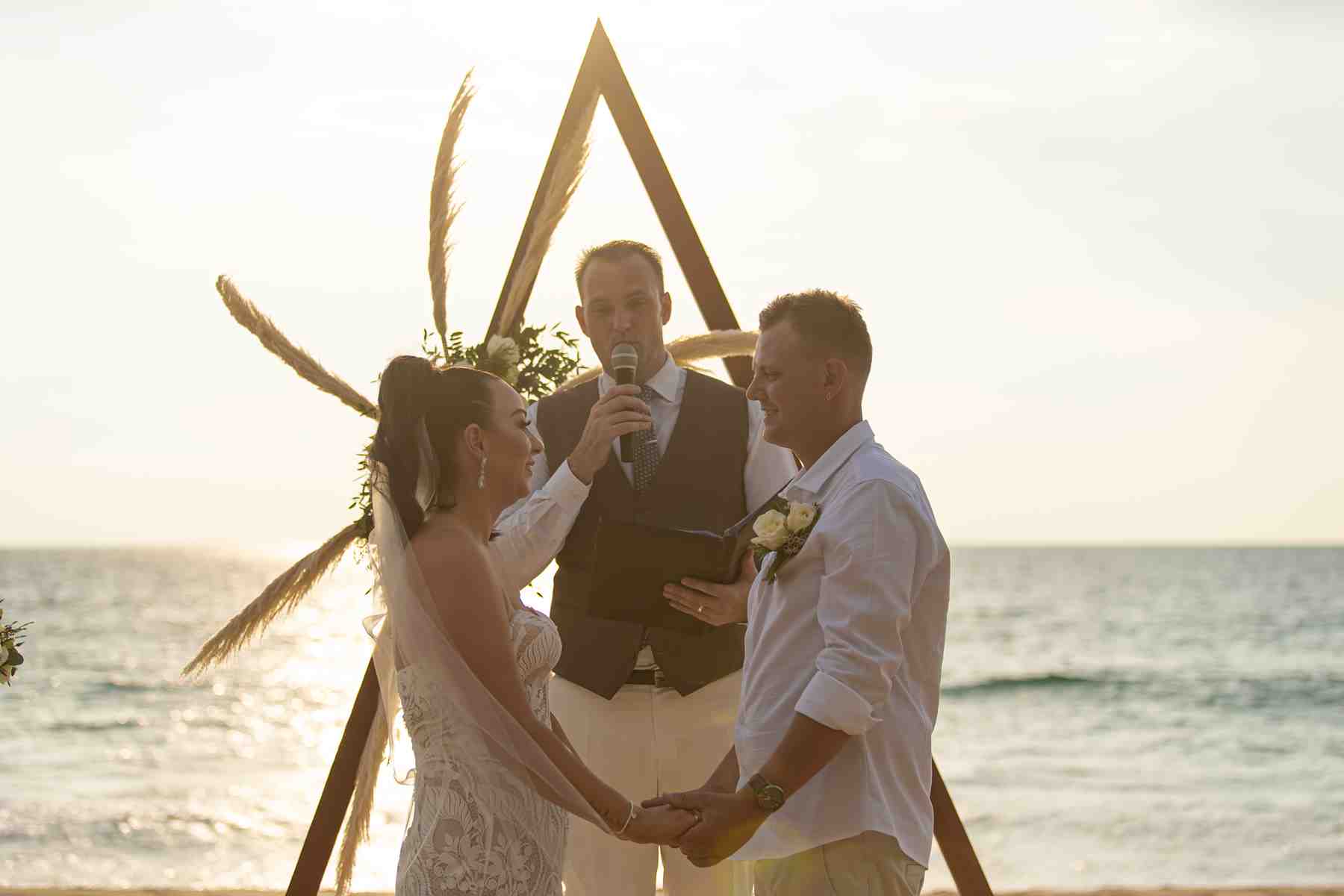 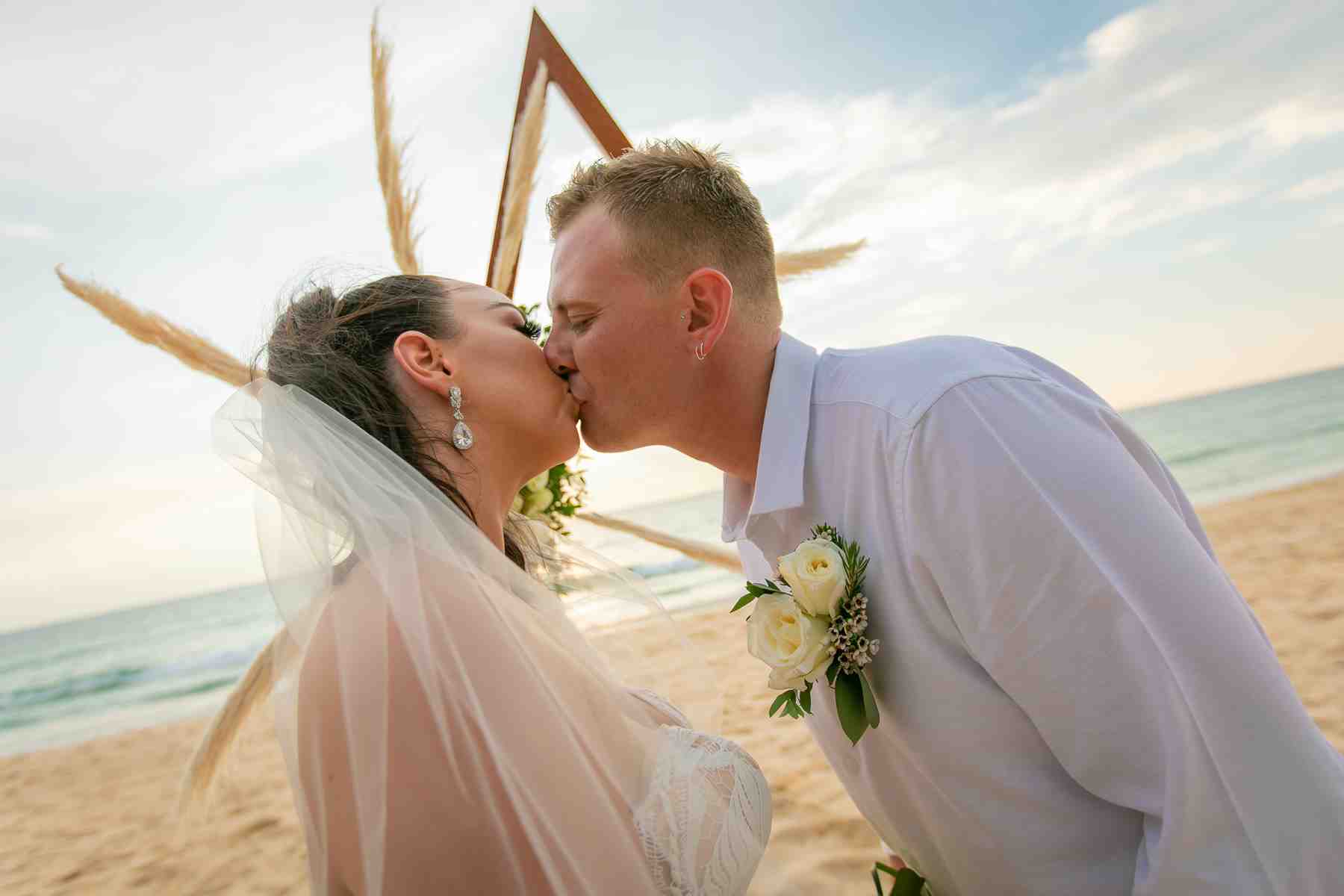 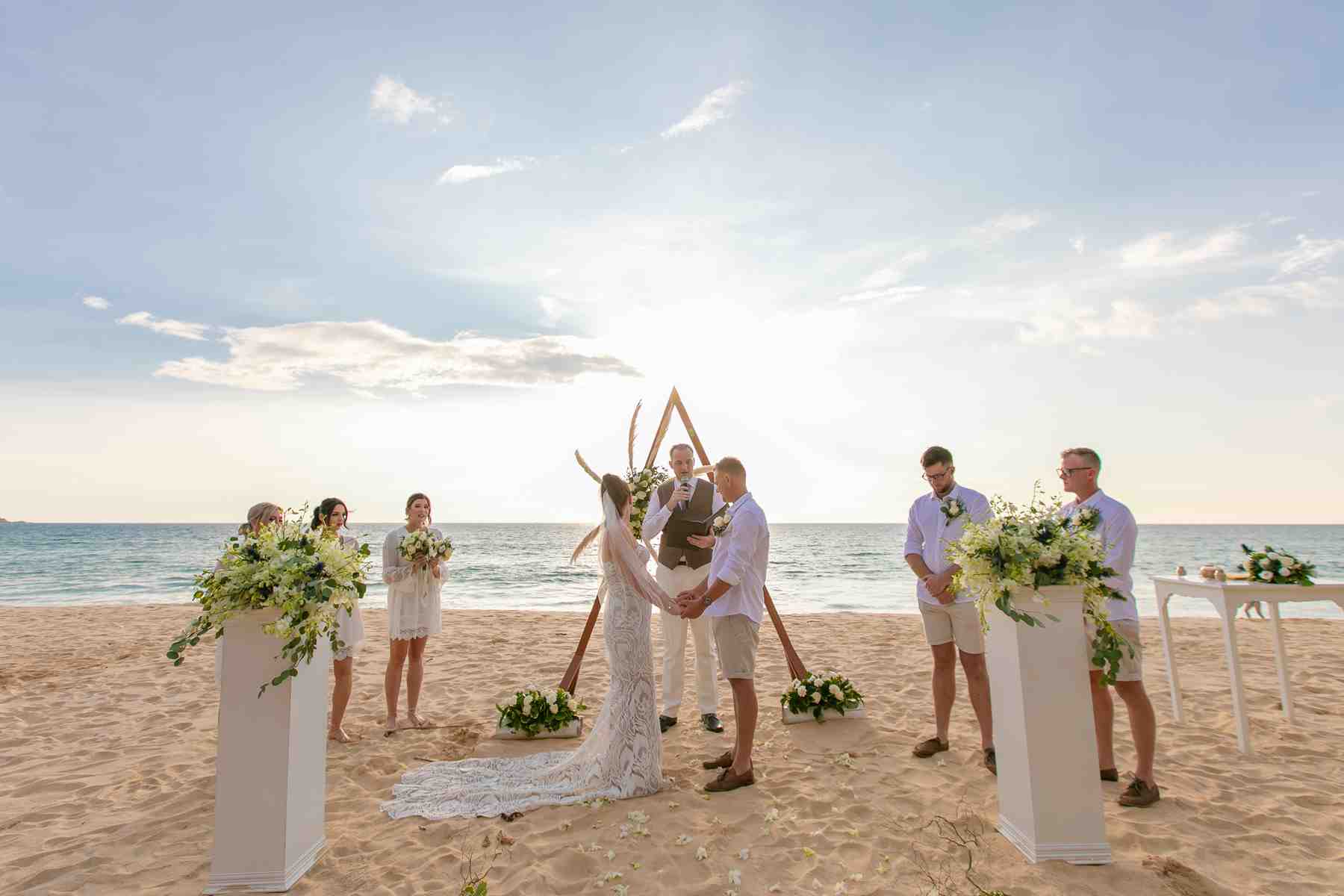 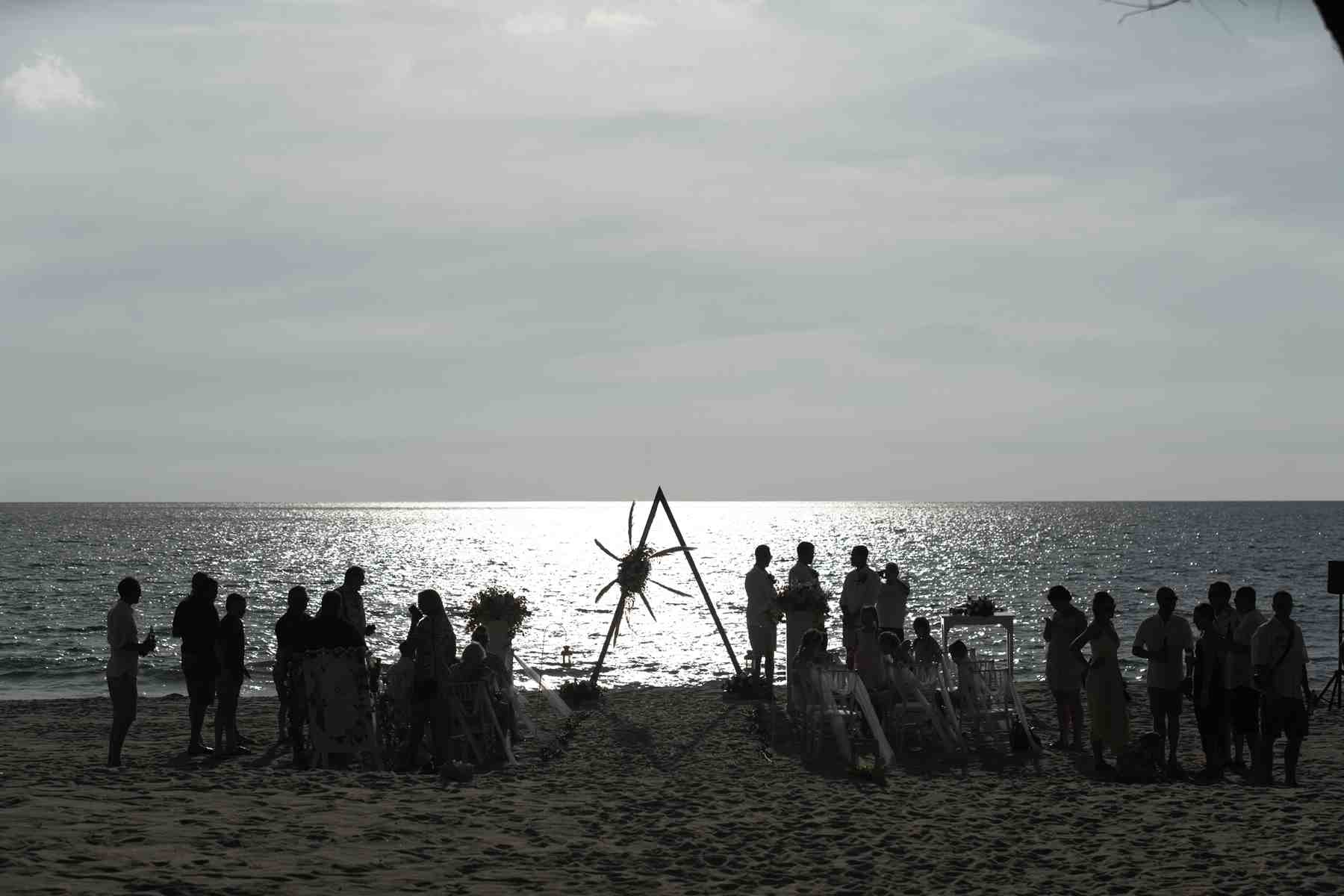 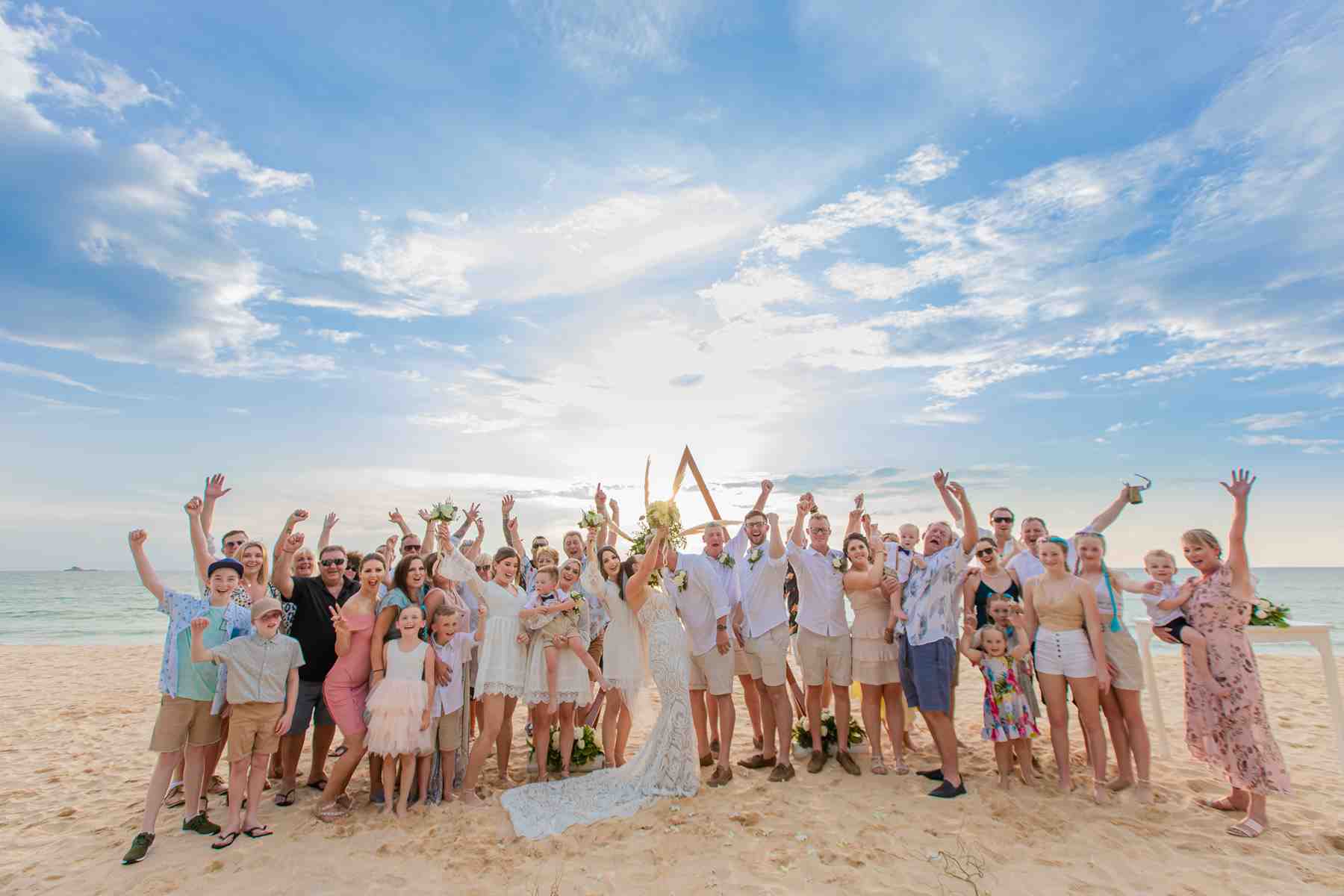 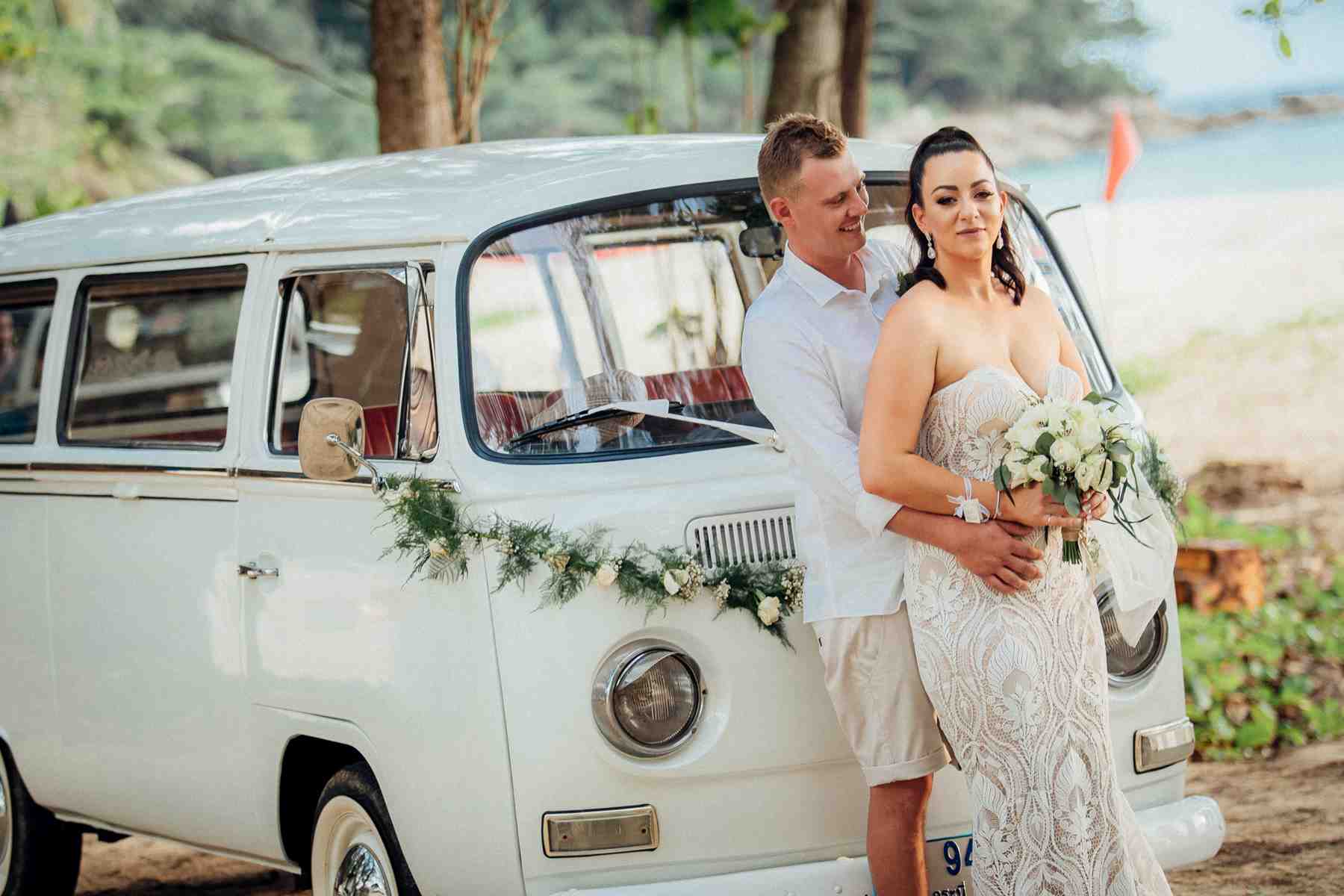 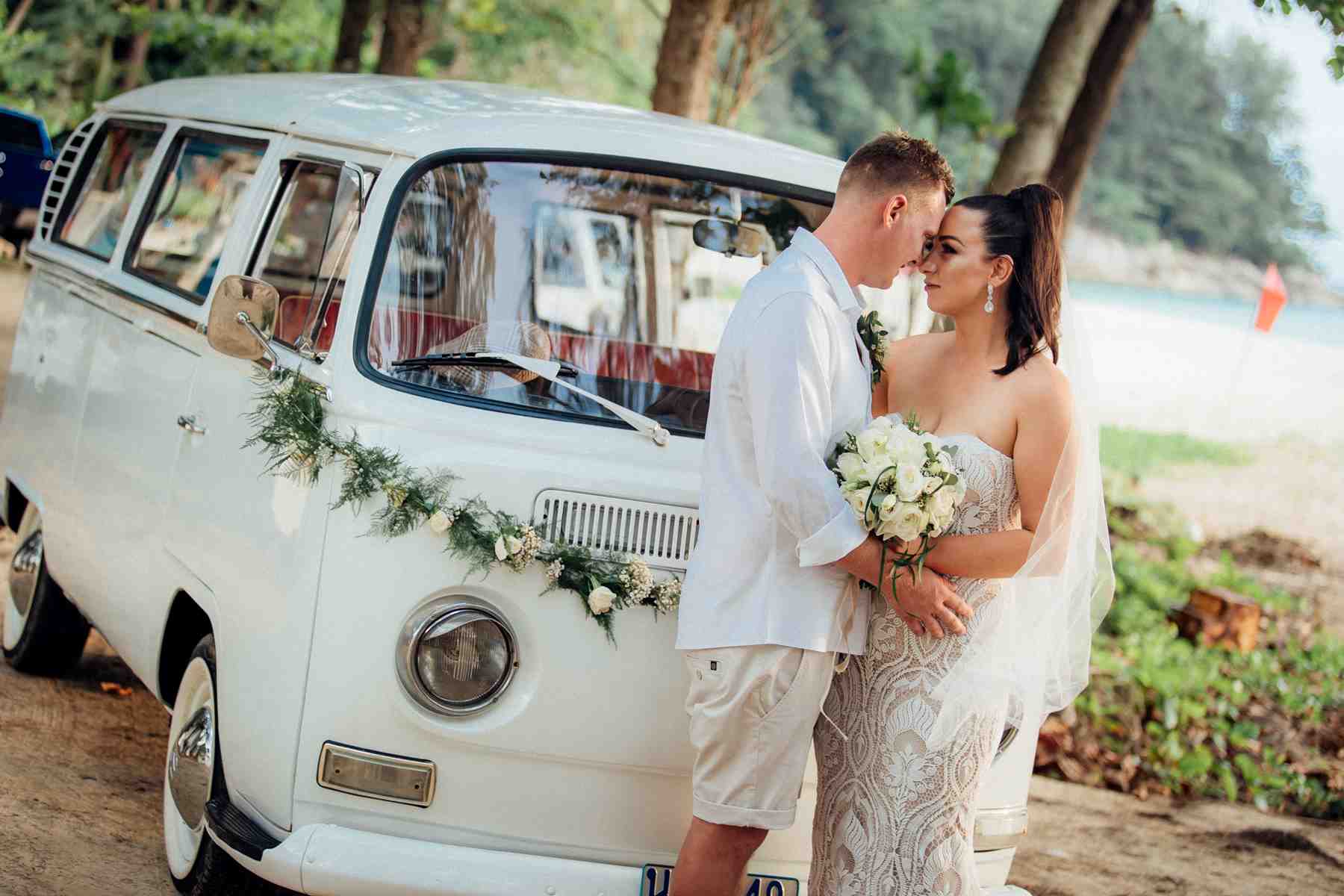 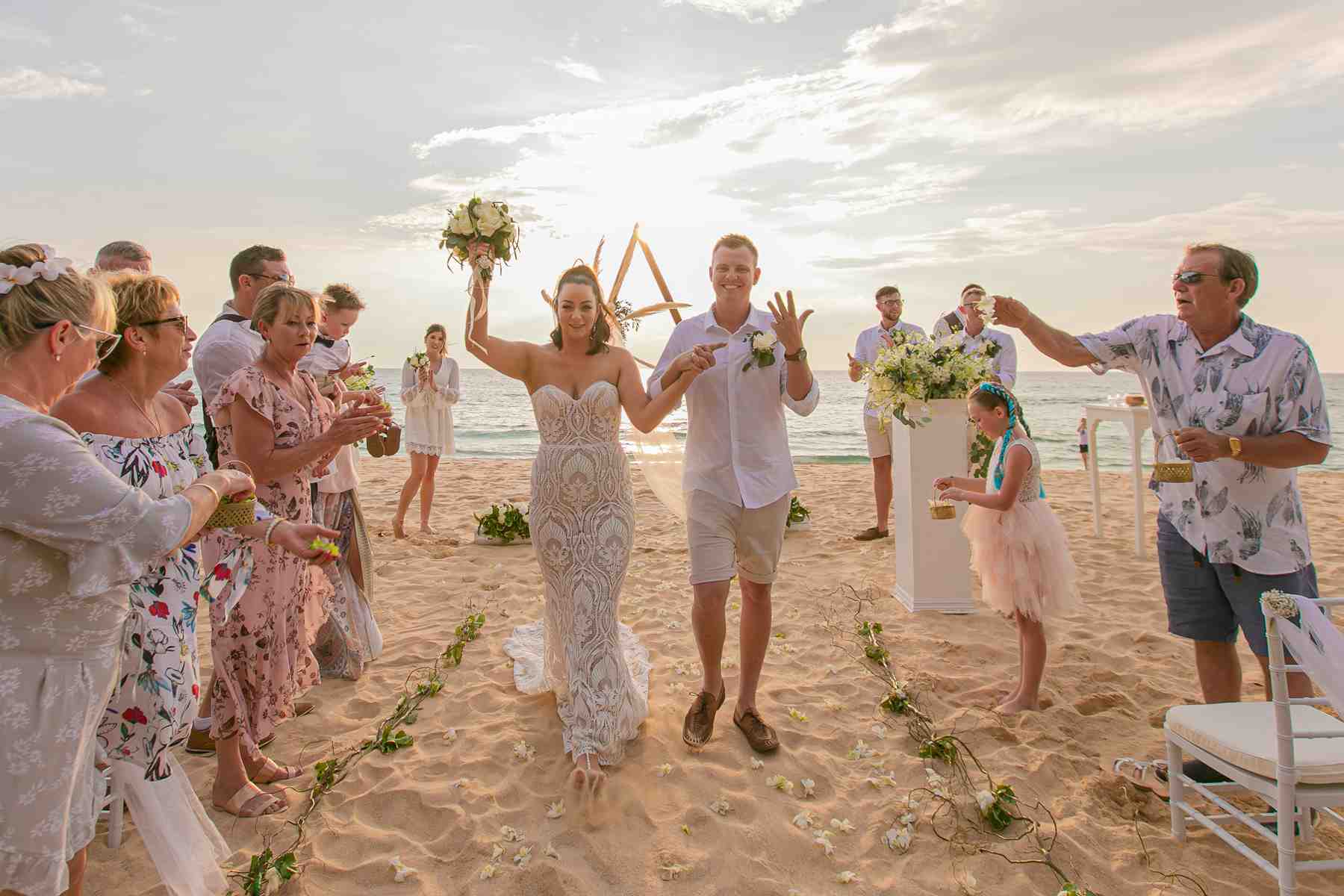 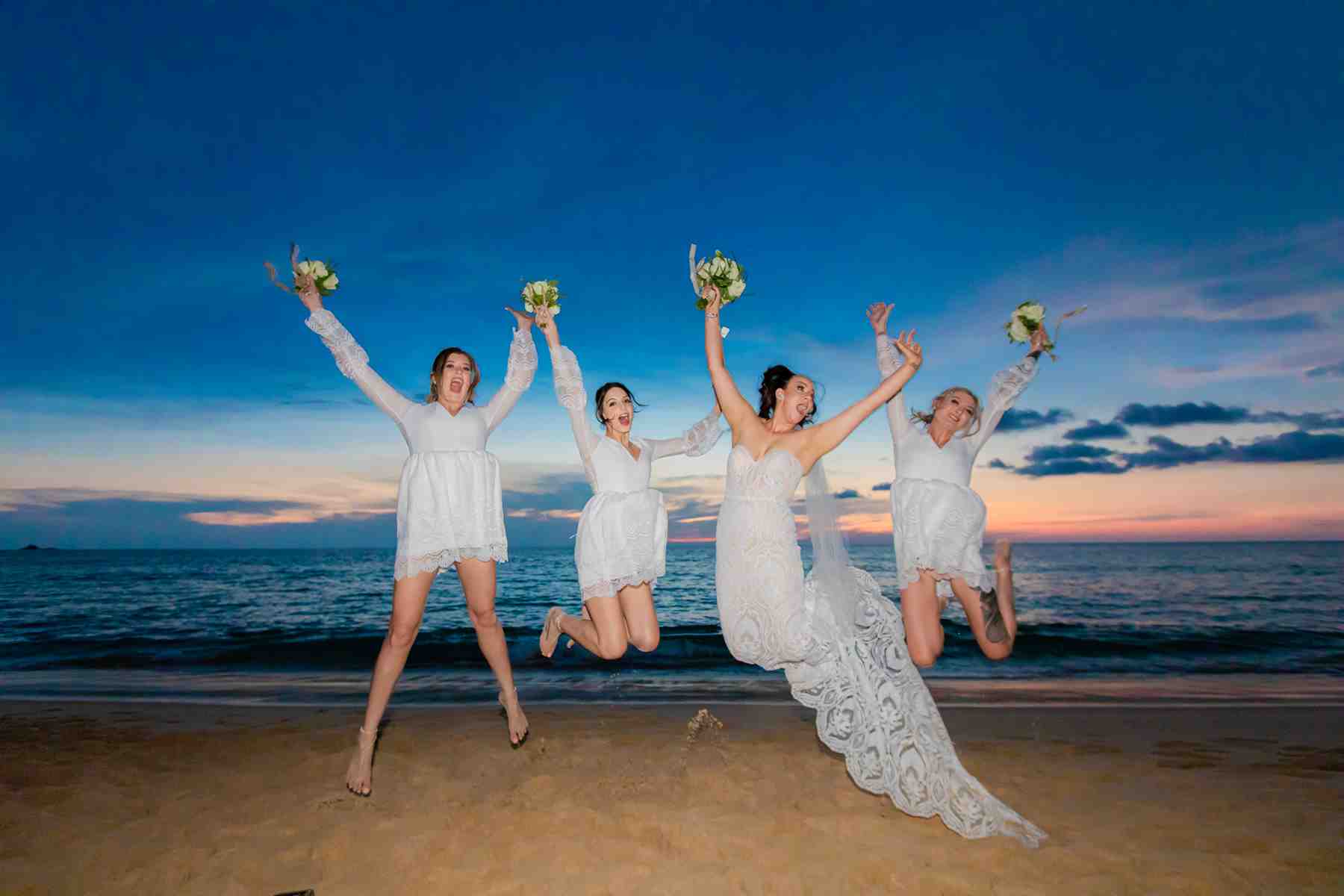 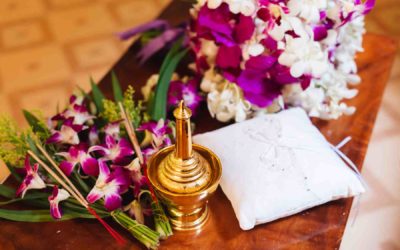 Monks Blessing in Phuket Janine & Michael are enthusiastic and experienced travelers to... 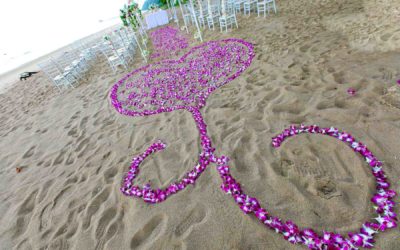 Getting Married in Khao Lak, Thailand Claudia & Daniel said their "I do´s" surrounded by their... 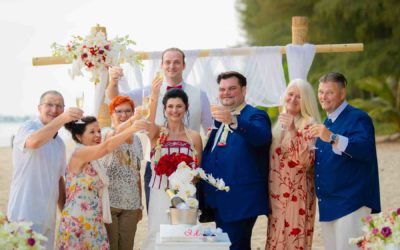 Beach Wedding in Khao Lak   It was no question that Nicole and Aleksandar would say "I-Do"...